Here is my next publication at http://www.borderzine.com: 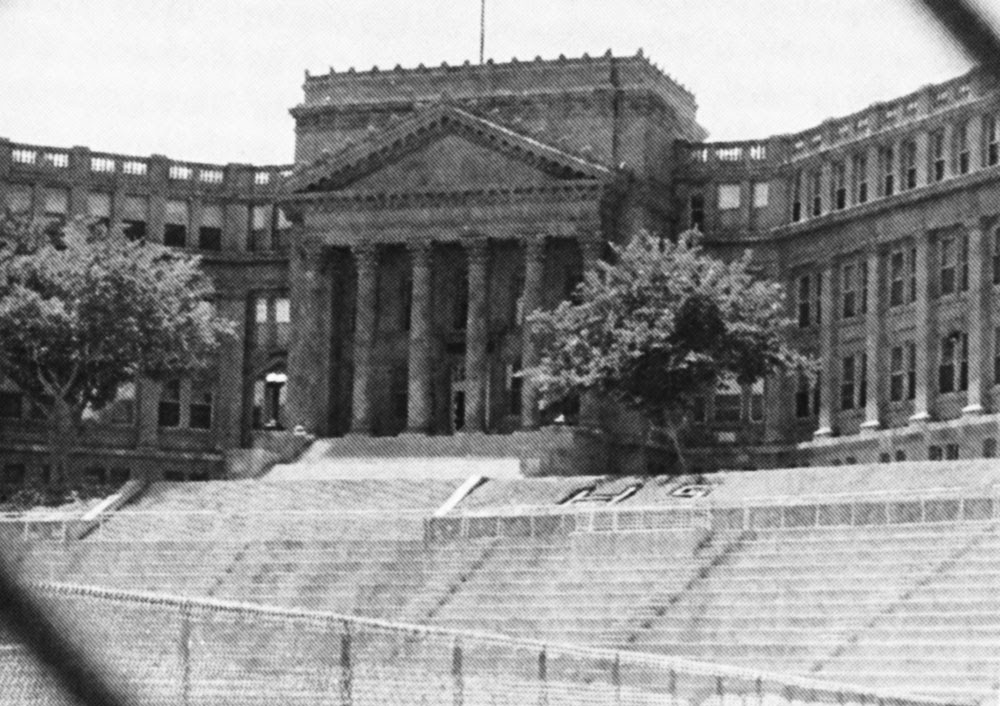 Front of the El Paso High School building. (Ken Hudnall/Borderzine.com)
EL PASO – It’s dark and late, usually around 2 a.m. when the faint notes of the Tiger fight song begin to sound, then, more clearly, cheerleaders cheering and students laughing, and stamping feet cascading into a pep rally – in a locked empty auditorium.
You are hearing ghosts.
“You might also think New Orleans is the most haunted city in the U.S but it is actually El Paso,” said Tobias H. “Toby” Tovar, 55, a math instructor at El Paso High School, “and El Paso High School is the most haunted building in town.”
El Paso High located at 800 E. Schuster, opened for classes in 1916 and since then “Lady on the Hill” has graduated many prominent citizens, and has captured hundreds of trophies, plaques, and championships in all fields.
“Since the days of its construction, paranormal events have taken place at the school,” said Tovar. There have been numerous interior modifications designed to accommodate a growing student body and changing educational theories. As a result, a number of the original classrooms and hallways are no more, but there are stories that some of the modifications were done because of spirits that seem to have an affinity for certain areas of the building.
It is said that there is a hall that leads to a balcony that is also closed off. People say they have seen an image of a girl jumping from the balcony. According to the story, every single day, mist and fog roam the abandoned hallway and there seems to be some “gooey-stuff” on the ceiling.
This unusual activity stems from an incident that happened nearly 35 years ago when a distraught teenage girl killed herself by slitting her wrists and then, throwing herself from a balcony at the end of the hallway. There were been enough sightings that a wall was built completely closing the stairway leading up to the haunted hallway.
However, this tragic young lady racing to her death is not the only unexplainable thing that has been seen at this historic school. Almost from the day it was constructed odd things have happened.
In the recent El Paso High School yearbook, there is a reproduction of an old photograph showing a young lady in a white dress watching the original construction of the building in 1916. However, this unknown woman was not in the original photograph. Who was she and most importantly, how did she get in the picture? 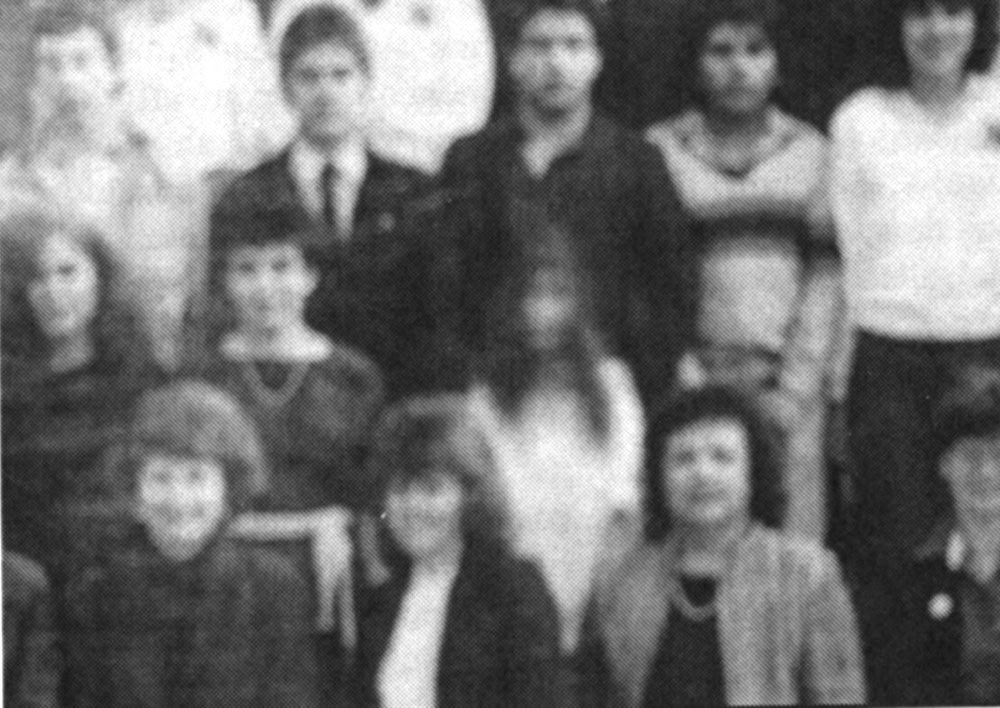 1986 Graduating class - The girl on white was not in the original negative but is in the developed photo. No one knows who she is. (From the El Paso High public pictures)
A trophy case just inside the original front entrance of this grand old school contains a photo of the 1985 graduating class. “Everyone else in the photo shows up clear and distinct, but there is one young lady whose features are faint and fuzzy. Her image looks like it was inserted after the photo was taken,” explained Tovar.
The figure in the picture is at the end of a row primarily of teachers. There are two young ladies, one toward the right end of the group and one on the left center of the group who are looking intently toward where this mysterious young lady is standing. Were these two young ladies perhaps the only ones sensitive enough to realize that something was wrong?
This mysterious girl was not part of that particular graduating class and no one in the class that was photographed admitted knowing the identity of the girl. But regardless of how she got into the picture, she is very clearly in the photograph, a lovely, lonely looking girl, smiling for the camera.
Tovar had a wealth of stories about events at the school. “About 15 years ago, it snowed in El Paso to the point that schools were closed. A few teachers and students had arrived before the closure announcement. Those teachers and students who had been able to make it to school were not allowed to leave due to unsafe road conditions. Having nothing else to do, a group of students and teachers, decided to explore the school starting with the tunnels in the basement,” he said.
At one point, several of the teachers crawled through a small opening eventually coming to a brick wall that blocked the tunnel. The bricks were old and the cement between them was crumbling, but it was clear that these bricks had been added long after the surrounding brickwork. Curious, one of the teachers pushed on the newer bricks until some gave way, revealing a large dark cavity. Pushing a flashlight through the hole, they discovered a sealed off classroom.
“This discovery surprised everyone as no one had even heard a whisper that there might be sealed off classrooms in the building,” said Tovar. The room was small and contained antique desks of the type seen in the television show Little House on the Prairie. There was no doubt that the classroom dated from the original construction of the building. The classroom was still set up with desks in place, texts and student notebooks still in place waiting for the students.
“There were Baby Ruth candy bar wrappers on the floor from a time this product sold for 5 cents as well as numerous 5-cent coke bottles. In one of the student notebooks lying on a desk, they found, in addition to algebra notes and completed problems, a very racy love letter from the owner of the book to a boy,” he explained.
There was a second sealed off classroom nearby, also ready to receive students, now filled with only dust and silence. Try as they might, they were never able to discover why, two classrooms would be sealed off so fast that they would not be cleaned of debris, desks nor texts nor the students be given time to claim their personal articles. 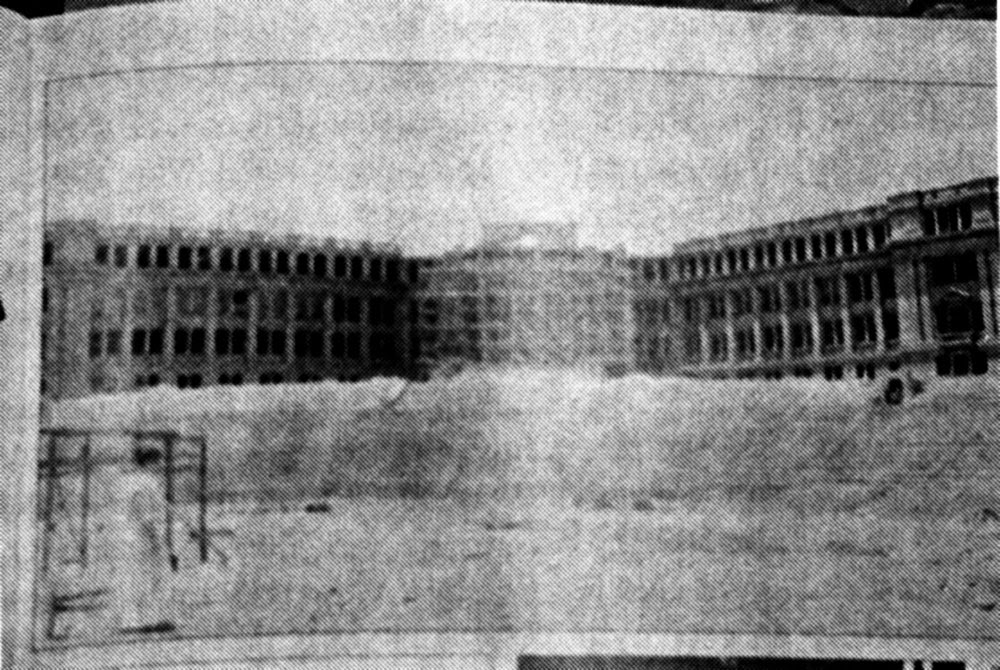